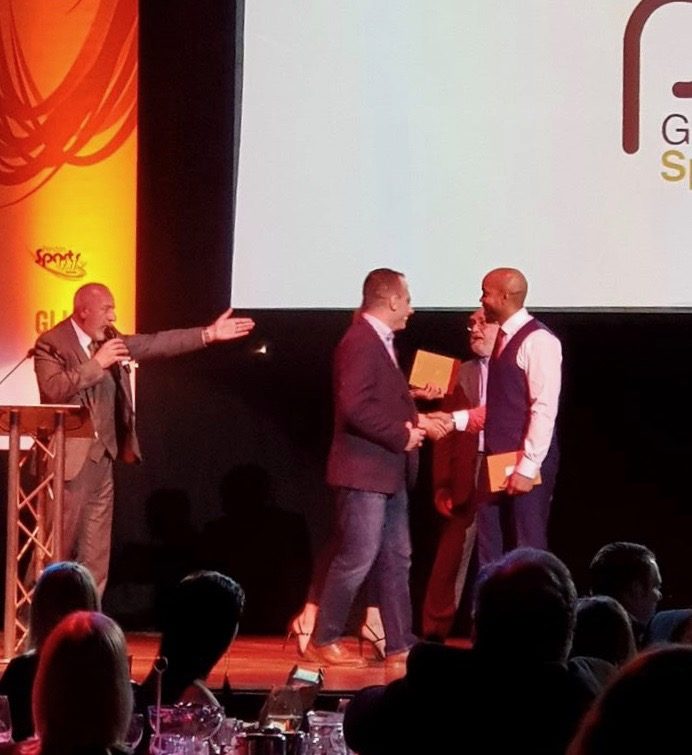 Massive congratulations to Larches and Savick boxing coach Daniel Jude, who was nominated for Coach of the Year at this years’ Preston Sports Awards.

Held at the Guild Hall on Friday 23rd March, the awards saw nominations in 17 categories, including Volunteer of the Year, Sports Club of the Year, and of course, Coach of the Year.

Daniel was up against some stiff competition, being pitted against Sianna Perry from the City of Preston Gymnastics Club and Andy Bibby from Preston Harriers Athletics Club.

Daniel said: “It was such an honour to be nominated and to attend this awesome event and see and hear the good things that are happening in Preston.

“It’s definitely inspired me. Thanks for whoever nominated me and thanks to Jimmy (Moon), Joe (Kilshaw) and Dave (Fitzgerald) for giving me opportunity to be a coach at the best boxing club in the world. Thanks also to Mark Jewell (I’m sure you had something to do with this).”

Despite not walking away with the coveted trophy, Daniel was presented with a Highly Commended achievement award for all his hard work and efforts in coaching the children and amateurs at Larches and Savick ABC.

Daniel said that coaching up to 30 children from aged 6-11 years can be very challenging, especially as he takes on the task voluntarily and sometimes on his own.

He continued: “Seeing the smiles on the children’s faces and the effort they all put in makes all the voluntary hours worth it.

“Thank you also to Paul Wads who is now my trusty side-kick – you bring a good energy to the table.

“Lastly, a shout out to all the boxing coaches and admin support out there giving up their free time to help inspire our next generation of boxers and keep the clubs running. I salute you.”

Daniel is a qualified boxing coach and personal trainer at Larches and Savick Boxing Club and is available for private and group sessions.